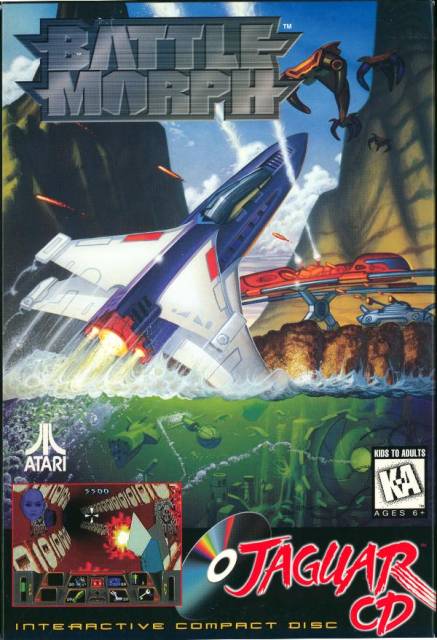 Vehicle-based 3D shooter that was released exclusively on the Jaguar CD peripheral, and is the sequel to the original Jaguar pack-in game Cybermorph.

Battlemorph is a vehicular combat game for the Jaguar CD and the sequel to the 1993 Jaguar launch game Cybermorph. As with that game, the player is flying around various 3D stages eliminating mission critical targets and getting updated on their present mission parameters by the cybernetic agent Skylar.

The game is set three decades after Cybermorph. The Pernitian Empre has been pushed to the brink of civilized space, but is staging a comeback and is cornering the Earth Defense Council. A last ditch attempt on the Pernitian's home territory is proposed and launched, with the player piloting the War Griffin: the EDC's ultimate battle craft. The game features underwater sections, and internal areas where the game switches to first-person.